No one ever asks me this, but my favourite King of France is Francis I.  I’m being perfectly up front about this even if I can’t back it up with any particularly good reason. Some people avoid this subject altogether. They have a favourite color, animal, season, food, brand of jeans……but casually ask people “who's your favourite 16th century French Royal?” and they’ll get this bugged-out look and just walk away.   Is it bad manners to ask?  Is it too personal?  It’s only conversation after all.  Aren’t we tired of talking about the weather?

Anyhoo, Francis had an ego the size of Chambord and apparently a nose to match which landed him the rude nickname François au Grand Nez.  He was the first King of France to be called “Your Majesty”. He insisted and who can blame him?  Rude!


More than a Renaissance Man, although he literally was a Renaissance man, Francis was a renovations man.  He was responsible for the work on a lot of the palaces including  Fontainebleau,  Château d'Amboise, and Château de Blois. His Majesty had the Château de Chambord built as a hunting lodge and while I don’t approve of hunting, I do approve of the Château.  It’s a jewel in the landscape.  Francis only used it for a few days from what I read but still, the thought was there.  In his way, he did a lot of DIY.  Well, more like YDI (you do it) but the point is, he really knew his property. But this isn’t about the Châteaux of the Loire, it’s about Francis. 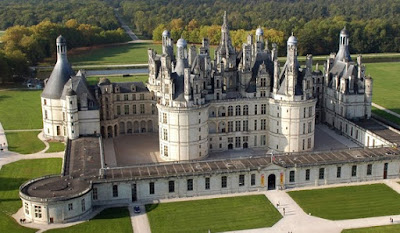 The King was a great patron of the arts.  Ah, there's a good reason for me to like him!  He began the collection now housed at the Louvre.  Pretty good. 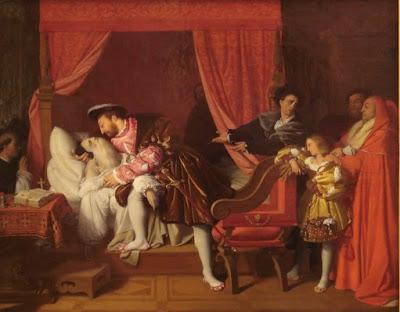 Francis I at the death of Leonardo da Vinci, painted by Ingres

So that’s what’s been on my brain lately.  I love having deep thoughts even if no one wants to talk about them.

If you were a male living during the Renaissance, would you be considered a Renaissance Man even if you were too stupid to dress yourself?  I guess.

Chateaux of the Loire
I recommend a visit to Loire valley - the châteaux are spectacular and I need to return!