Tips for the Traveller

I was recently asked if I have any travel tips to share. I've picked up a few 'En Route' tricks which I'm happy to pass on. Of course things change from one year to another, and my needs may differ from yours, but here goes - 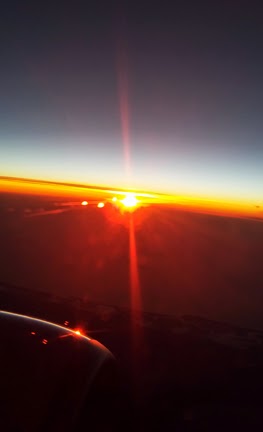 Minimalist packing is highly overrated.  I know, "don't bring what you don't need" but how do you know beforehand?  I was in Panama a few months ago and needed tablets for motion sickness. You know what's really really hard to find in Panama?  Tablets for motion sickness. It was hard to find anything that I needed when I needed it.  I guess I should have looked for stores before 11:00 PM.  But you get my meaning. I say if you've needed it in the past month, bring it along.

This doesn't apply if you're going to, say, Paris.  In that case, you should probably just buy it when you get there.  At least that's my excuse.  Medicinal items of course.....also scarves, gloves and anything else that I can justify buying.  And if you happen to need something late at night when the shops are closed, sit and have a glass of wine at the nearest Bistro until opening time. 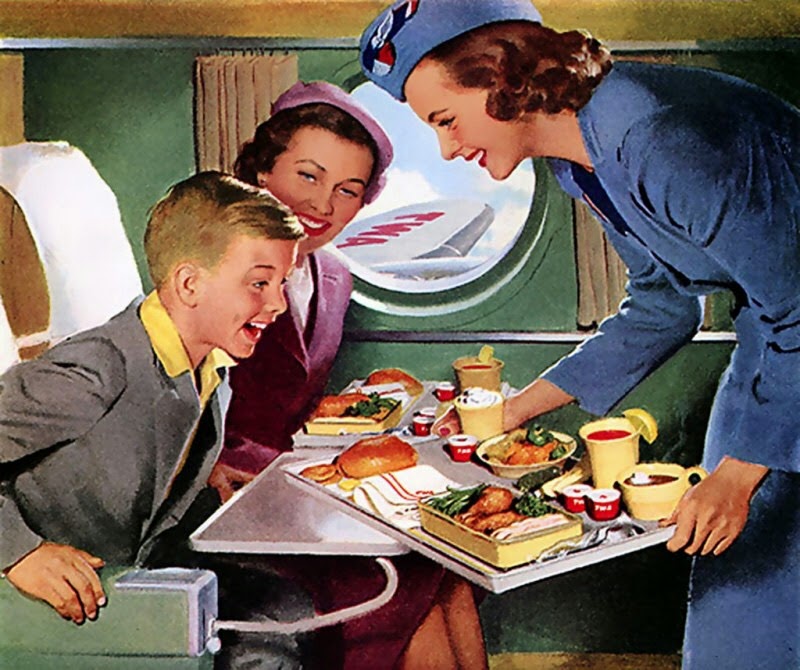 Myth - you won't be hungry, the airline is feeding you,
there's plenty of time to have a meal at the airport.
Wrong wrong wrong.

I admit I'm a picky eater, pickier than most.  Recently I thought I'd be very clever and order the "Fruit Plate Meals".  You know what I got?  Fruit.  Dinner was apples, grapes, and some cantaloupe bits.  Excellent.  Then, snack time!  Apples, grapes and cantaloupe bits. Time for breakfast.  You guessed it.  "Wake up" and have some apples, grapes and more cantaloupe bits (a bit drier by now).  They totally missed the 'Meal' part of the menu.  How about a bun or something to fill me up?  If I hadn't brought some crackers and nuts, I'd have  grabbed that raw meat right off the plate of the guy sitting beside me and swallowed it in one huge gulp.

There are a lot of really friendly people working at Customs but there are also many who feel wearing a uniform gives them military-like authority.  Now I wasn't trying to be funny, this was a case of simply not understanding -

So I whipped out my passport.  Well really! Why didn't he say "passport"?  I didn't understand his accent and could have sworn he was just being nice.  It turned out he was nice and laughed along with me but I think that was mostly because other people were laughing too.


Keep Your Sense of Humour

You're away from home.  Hopefully, this will be for an adventure and you're out to have a good time so relax because -

These are facts of flight.  Accept, ignore, be prepared to be late.

There are loads of travel tips out there, but the most important is relax, have fun, and think of the "getting there" as part of the adventure.