A Peek at Panama

Panama was not on my "Top 10 Places to See" list.  I had never even thought about visiting Latin America.  My heart always leads me to France and perhaps a nearby country or two that won't interfere with my time in Paris.  However, last week I had the opportunity to take a quick tour of Panama City after attending a business meeting and it was really interesting and fun. 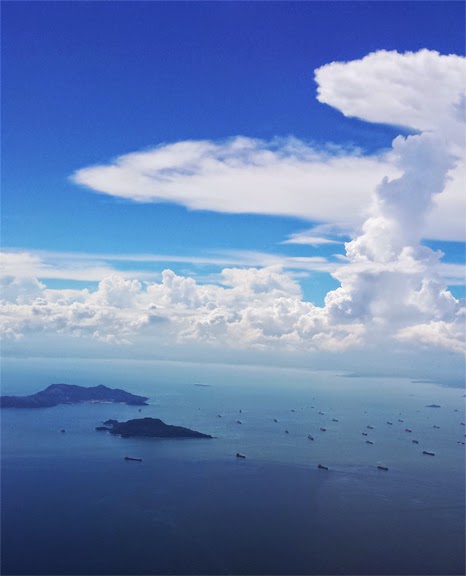 From the air, just before landing, I could see boats.  Lot and lots of boats.  Blue skies, boats, and nature.  Lots and lots of nature.  I don't mind telling you this made me nervous.  I could see people on the plane smiling and relaxing as they started to leave their worries behind them.  This wasn't exactly the case for me.  I was sweating.  The Woody Allen side of me was definitely coming out.

But for those of you who like city life with nature readily available (I started longing for  Central Park - country at its finest),  Panama City won't disappoint. 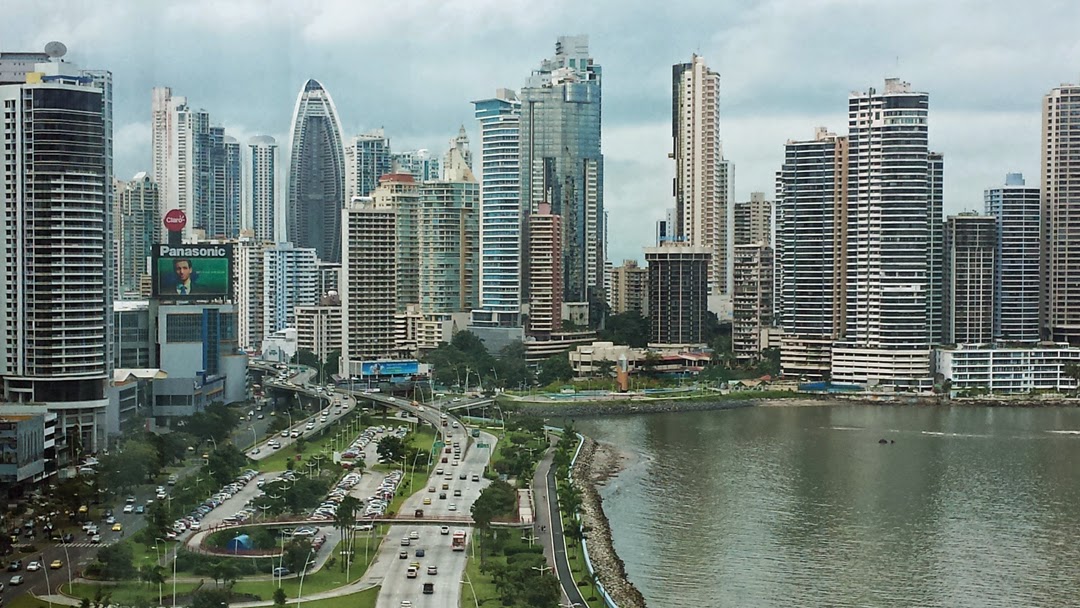 I was more than relieved to see an amazing skyline of super tall and extremely
thin buildings dotting the coastline.  Whew. 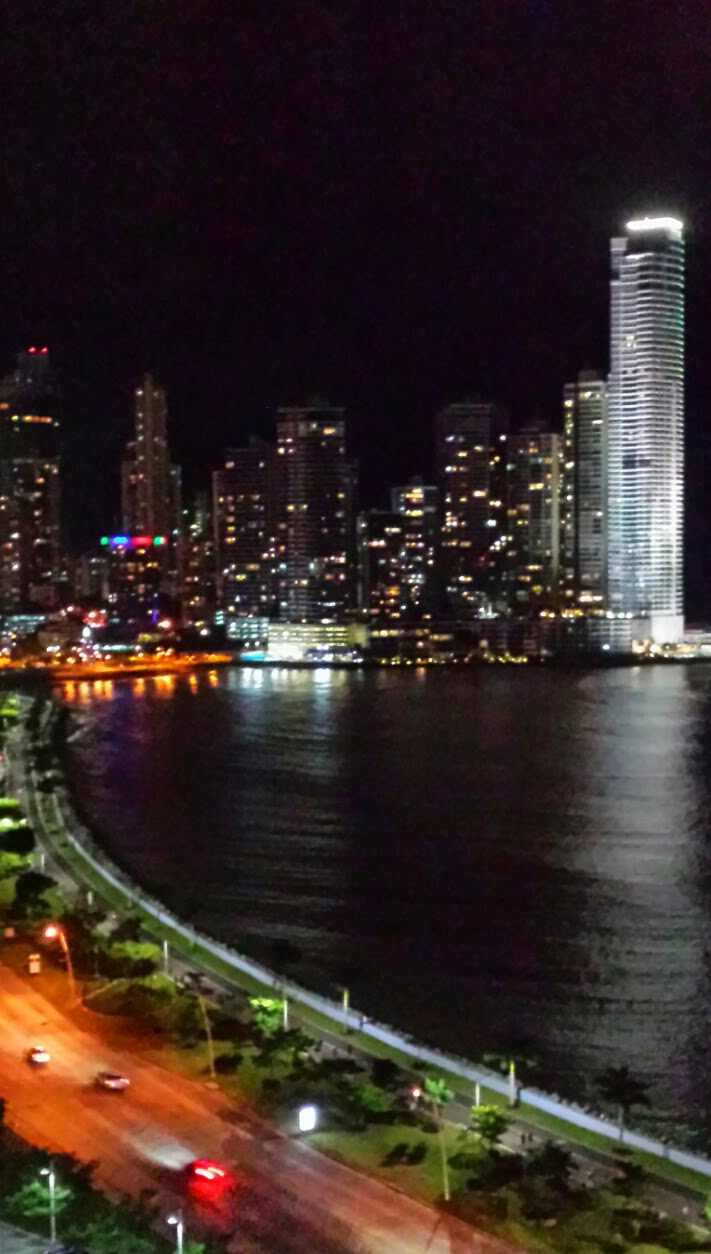 
Don't get me wrong, I wanted adventure, but civilized adventure if you know what I mean.  The highlights were to be the Gamboa Rain Forest and the Panama Canal,  a quick drive from the city center and the views are breathtaking. 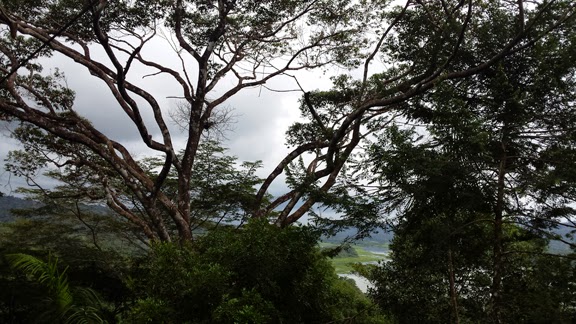 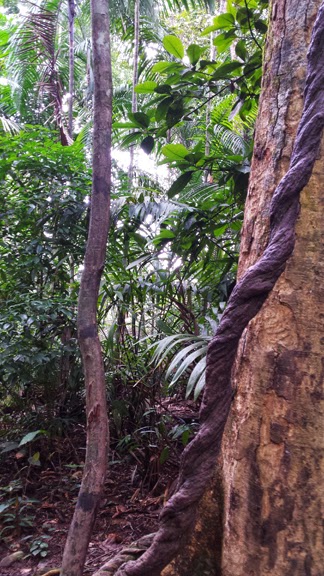 A Tarzan vine (don't quote me - this might not be the correct term). 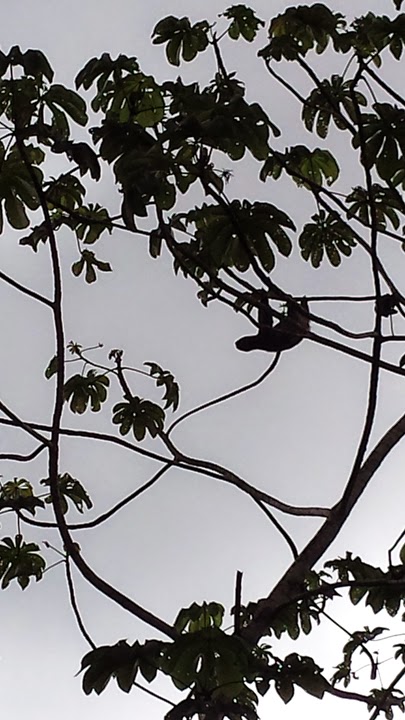 My favourite part was seeing the various creatures that live in the forest.
A sloth hanging from a tree.  A sloth! 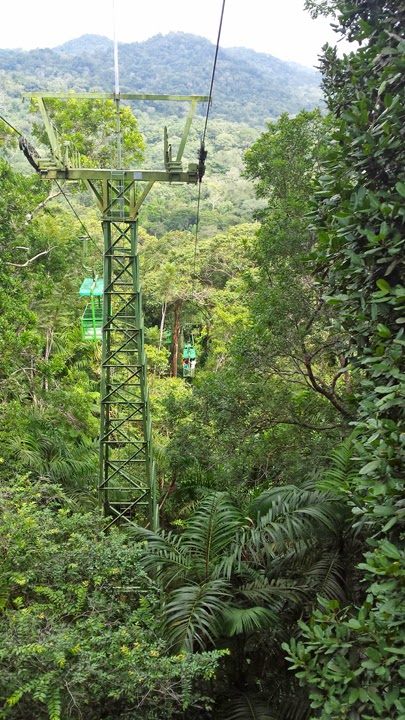 I particularly liked the fact we didn't have to hike
to the top of a mountain to see the view. 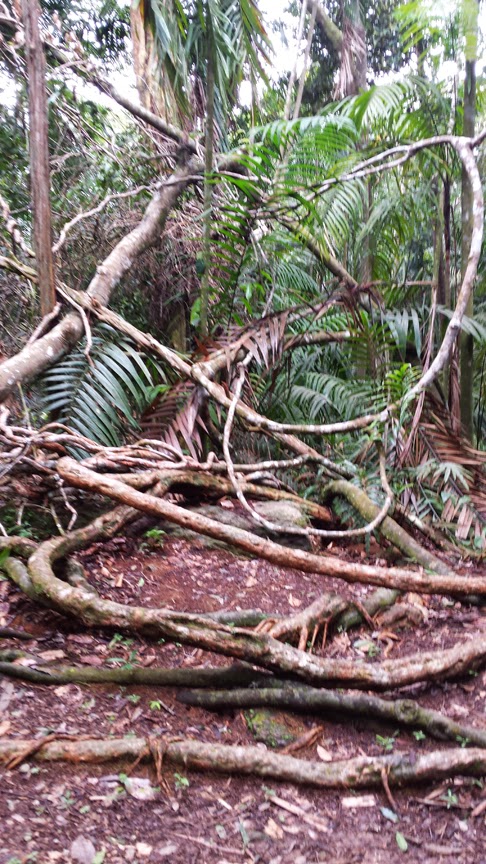 According to all sources I've looked at, Panama is out of the hurricane belt due to its strategic location between North and South America.  No proper hurricanes have been seen in Panama.  Maybe not, but we were told there have been some pretty fierce storms.

The Panama canal connects the Atlantic Ocean (via the Caribbean Sea) to the Pacific Ocean. Not only is it useful, but beautiful too.  We took a boat tour on the canal and were treated to some beautiful scenery. 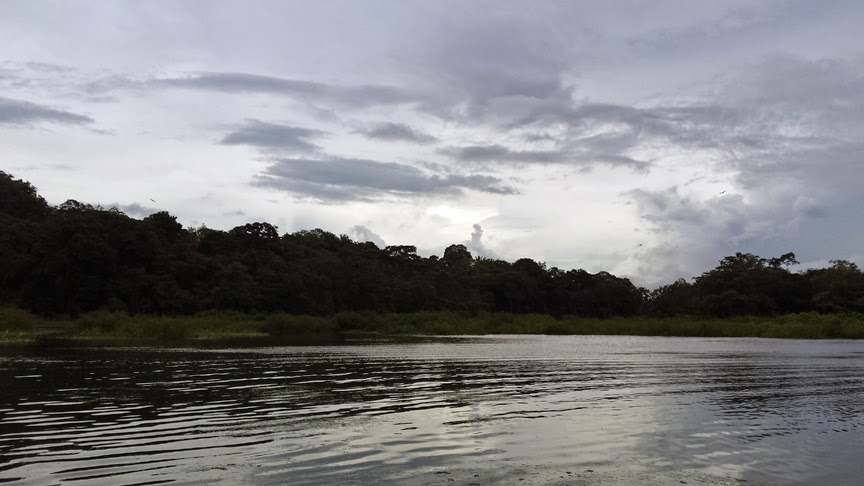 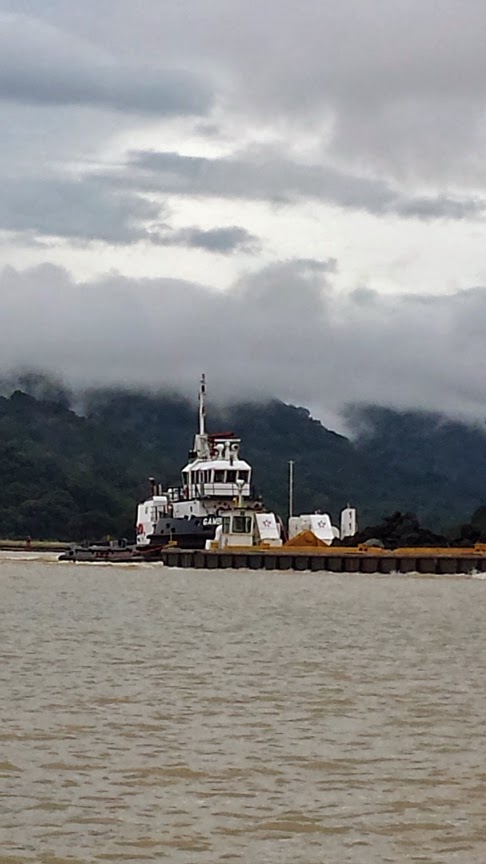 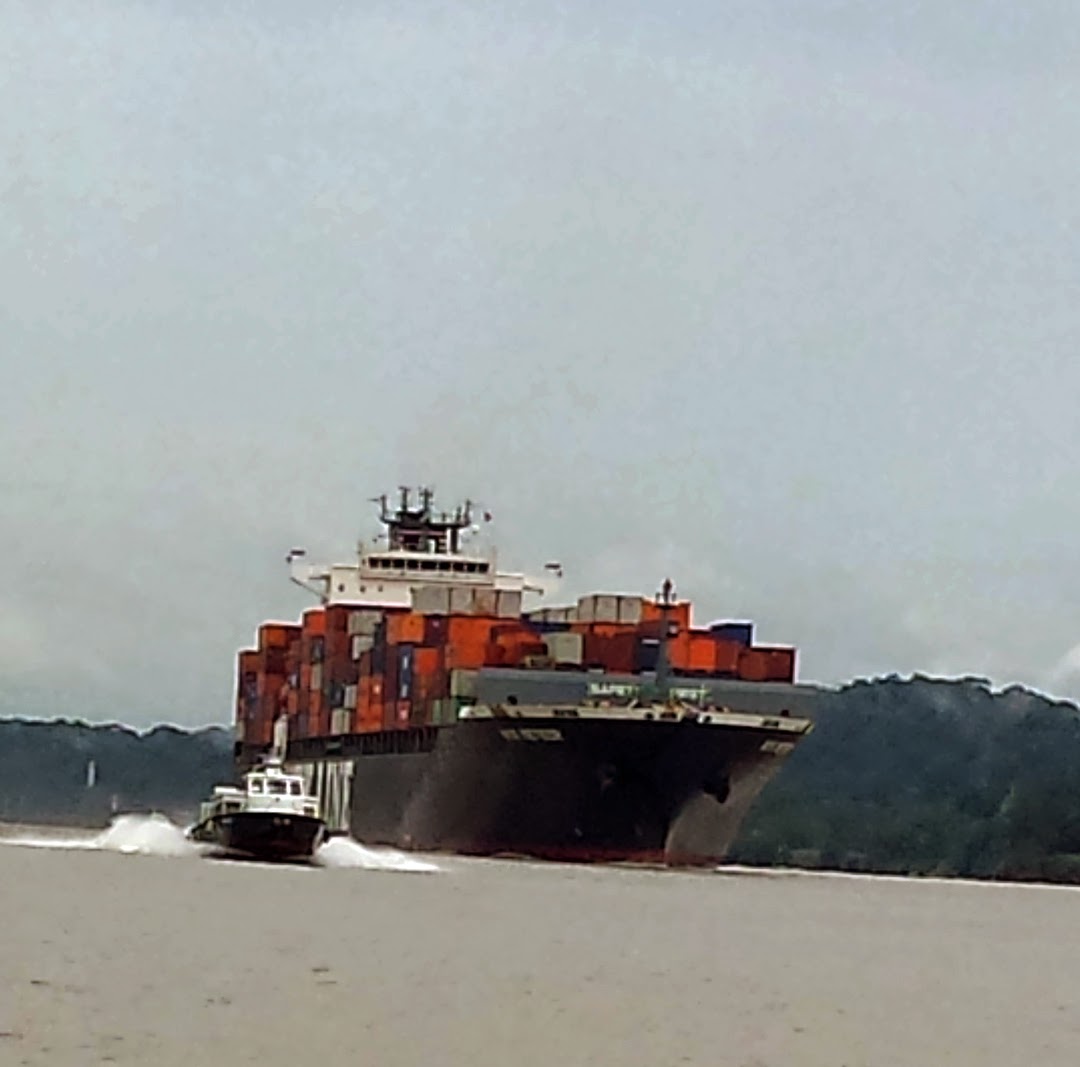 We had to move for them.....not the other way around 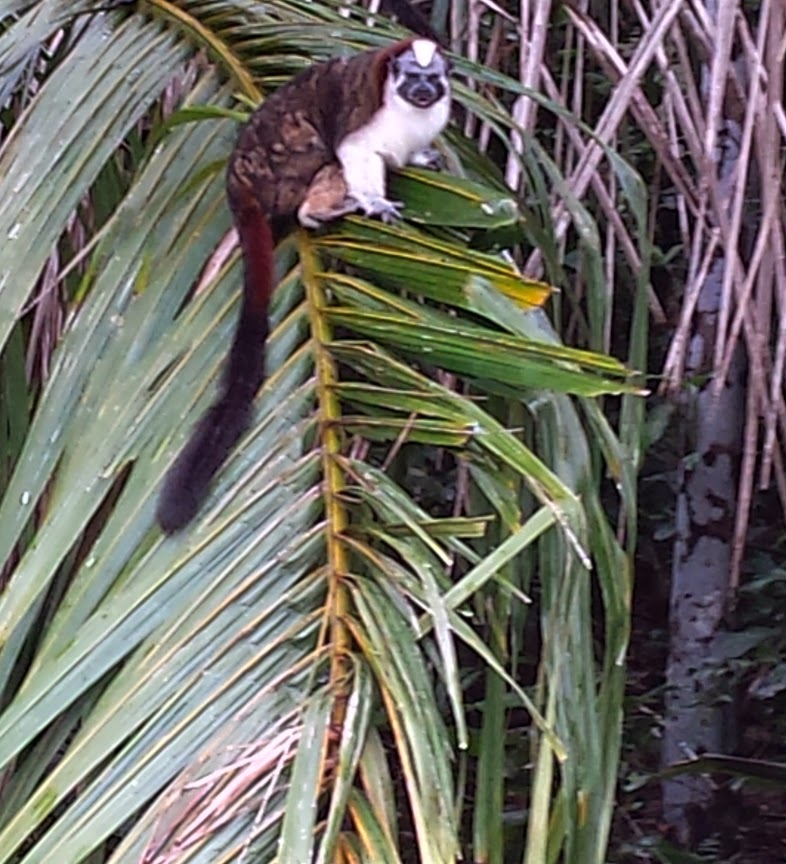 A friendly monkey.  All the monkeys we saw
were quite small. 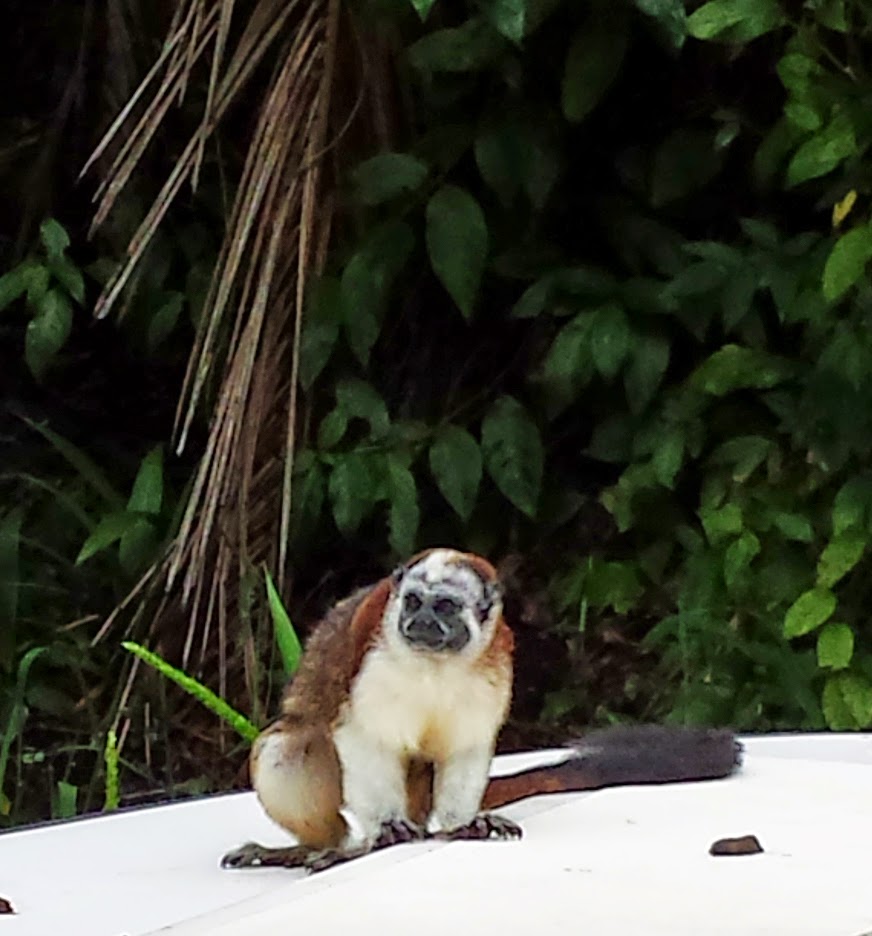 Our guide tempted him (and his friends) with bananas.  They came onto the front
of the boat, grabbed their snack, and stopped for a quick photo op. 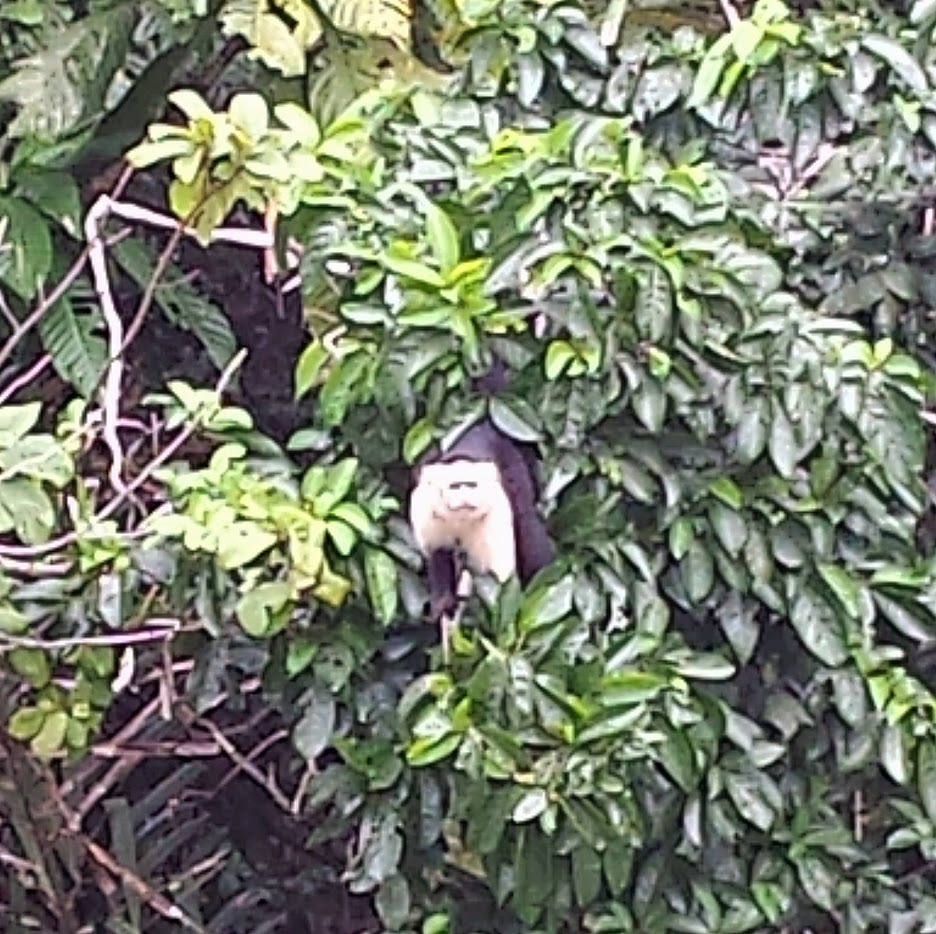 This little guy, a White-Faced Capuchin wasn't quite as brave. 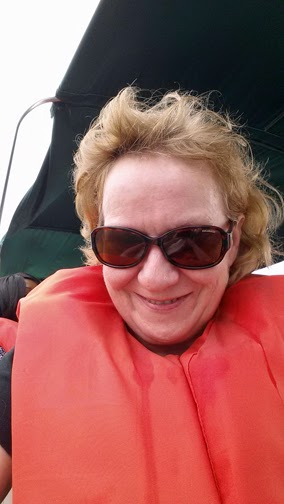 I know I know......I shouldn't put my photo with the monkey pics..... but there's a point.  If you think you'll look great on a speed boat in Central America, forget it.  My hair frizzed, my clothes were damp, and my ankles were itchy from bites.  Still, I just had to take a photo of myself.......just because.......

Tips when travelling to Panama:

Oh, one last thing.  Puzzle of the week - 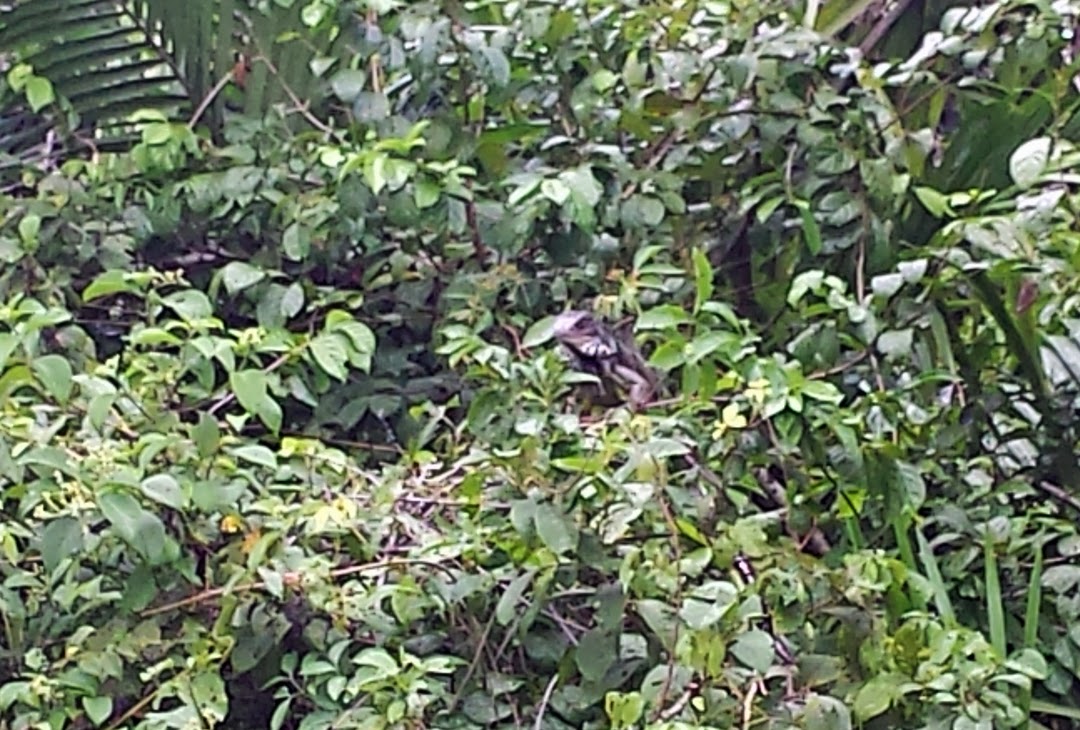 I really had a hard time finding this guy from my vantage point on the boat.  For some reason, I was looking for something green (a hint if you don't see him).