The Amazing Ross Sisters and Family

I don’t often brag about our showbiz relations, but there is talent in the family.  Well, it could be family…..I haven’t checked out that branch yet.


Just take a look at the Ross Sisters.  Are they fabulous or what?  Living pretzels!  I could do that if I wanted to.   So could my sister.  I guess it would seem kind of weird in the office though.  They normally frown upon this sort of thing. 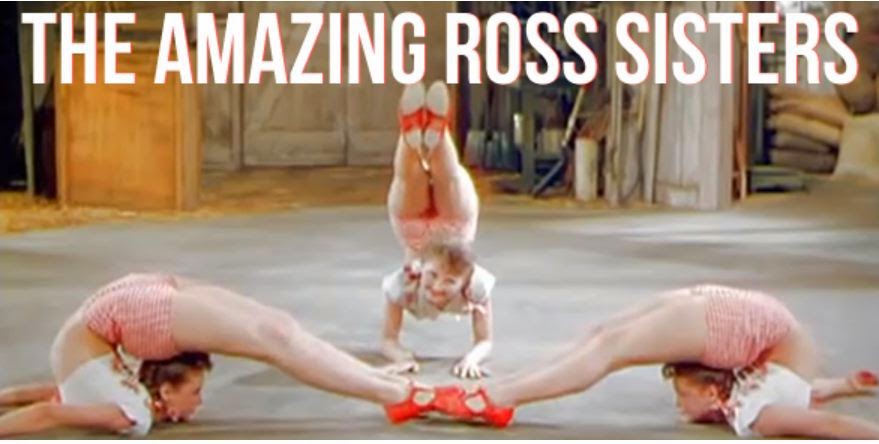 The sisters were named Betsy Ann Ross, Veda Victoria (Vicky) Ross, and Dixie Jewel Ross, who used the stage names Aggie Ross, Maggie Ross, and Elmira Ross respectively.  Aggie, Maggie and Elmira.  I can see why they changed their names…..Betsy, Veda and Dixie doesn’t have that theatrical flair.

According to a note I found at home, my brother thought “Betsy” would be a good name for me.  Of course he was 7 when he wrote it and I was just born.  Can you imagine going through life as “Betsy Ross”?  Maybe the “flag” Betsy Ross could stand on her stomach too but never had her picture painted that way.

I must get back to working on the family tree.  I still have to check on Katharine Ross, Marion Ross, Shirley Ross, Bob Ross (the painter in the family before me), and Diana Ross (another name my brother thought would be good).  Maybe we’re all just one big happy family.