Staying at home and catching up on some much needed zzzzzz's is fantastic.  This morning I didn't get out of bed until......well, it doesn't really matter does it?  Who cares?  This isn't Facebook.  (Unless of course you're reading this from a Facebook link - in that case it was after 10:00 AM).

Anyway.....all this to say that I haven't been out very much except to wander out on the balcony.  This is the best balcony EVER!  No kidding - there's always something to see.  It's almost as good as real life.  I feel just like Gladys Kravitz checking out the neighbourhood.  But honestly, mostly I was just admiring the view! 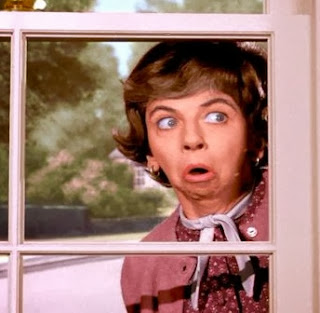 See those bright lights?  The other night they were shooting a movie right across the street. (I don't know who "they" are.  Probably really really famous people).   I didn't even have to get out of my P.J.s to watch what was going on.  People with huge lights, trucks.....furniture being pushed around inside the apartments........  Fun.  All I needed was some popcorn. 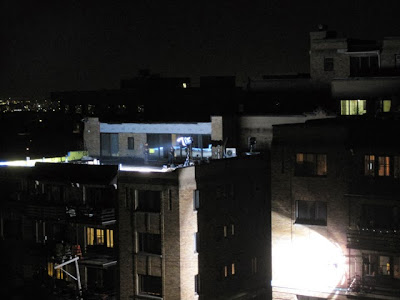 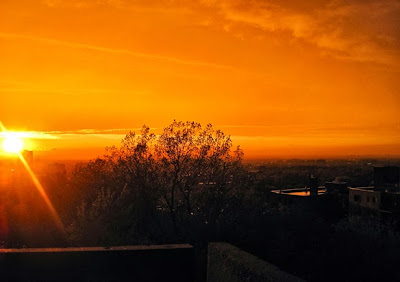 The rain was followed by a double rainbow which we all know is extremely lucky!  If I was dressed I would have gone out to look for the pot of gold. 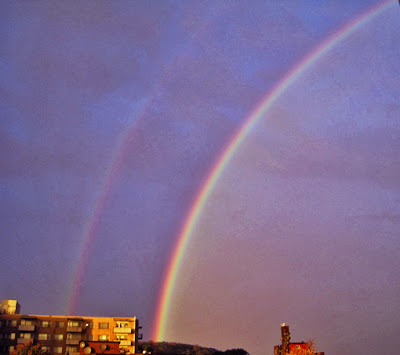 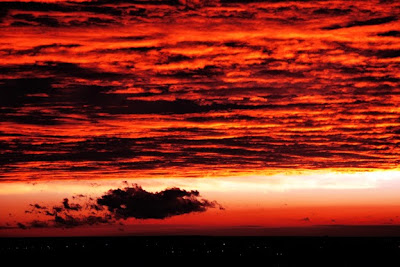 Rainbow vanished, and the night sky was a blazing orange.  Orange at night is a sailor's delight....no, that's not it..... 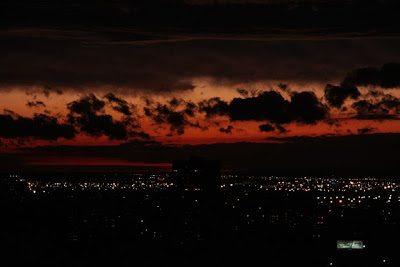 Night falling once again.  Oh good - I can go back to sleep.

I doubt if much will happen for the next 8 to 10 hours.  Probably not even in 12 hours.  I'll pull the blinds down just in case.

PS  There was a traffic accident too but I didn't have my camera handy.  Damn.