I don't know about you, but I find it really difficult to keep up on my reading these days.

First off, the cover is a lovely portrait of Madame Cezanne. One of the feature stories is "Celebrating the Cezanne Centenary" (1839 - 1939). This wasn't at the Musée d'Orsay (which wasn't around then) or any other famous museum. This show was at the Marie Harriman Gallery, 61-63 East 57th Street. 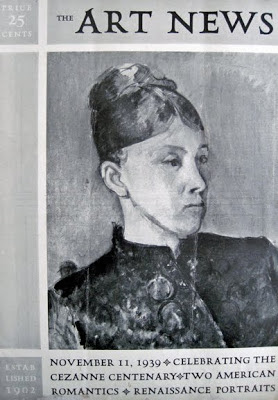 "Its strong point is its informality, the gathering of twenty oils and a dozen watercolors by the simple agent of personal taste plus, I suspect, the accident of what could be borrowed from exhibition-ridden collectors. But the combination of of the haphazard with the firm basis of Mrs. Harriman's own possessions of Cezanne has produced a result that I imagine must be in spirit the nearest thing we can see today to those first early Cezanne one man shows in the Rue Lafitte. For apart from the impossible parallel of Vollard's having hung at once works dating from between 1872 and 1906, this group looks like one that might have been worked out between a painter and his dealer...."

If Mrs. Harriman (or grandchildren....whatever) would like to pass her Cézanne works to someone who would truly appreciate and treasure them, look no further!!! I would be happy to throw together another haphazard little show for anyone interested.

Moving on, there are other very interesting articles.

"Until this time there had been no official ban on any art in Germany.  Now, however came a decree to "clean up all German art museums, without regard for legal forms or the property rights involved".  A bonfire was suggested for the condemned objects, but it was finally decided to sell them outside of Germany.  Many of them found their way to America through the auction sale at Lucerne in June of this year: others have come through private commerce". 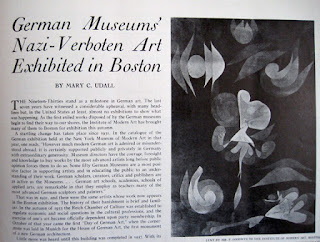 This is a whole other topic but it's interesting reading about this from a 1939 point of view.

In 1939 the museum officially cut ties with the Museum of Modern Art and changed its name to the "Institute of Modern Art." After changing its name the museum held a show of German degenerate art, labeled as such by Hitler himself. Artists included in the exhibit included Max Beckmann, Ernst Ludwig Kirchner, Emil Nolde, and Paul Klee.


Then, of course, there's the reason I read the magazine:


The SCENE of FIN-DE-SIECLE PARIS 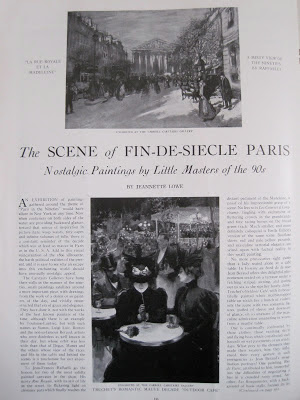 Nostalgic Paintings by the Little Masters of the '90's.

For those of you who are interested in art history, I have to say the advertising is as good as the articles 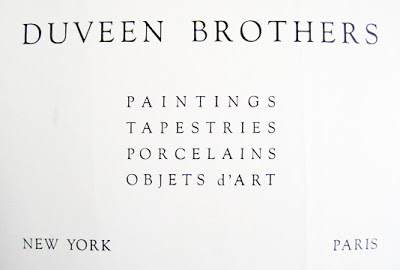 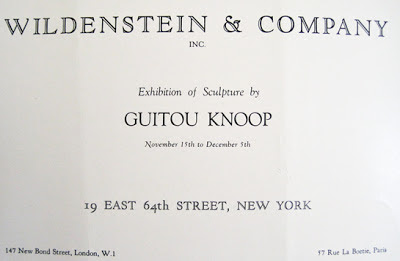 Problem is, I just realized I skipped an issue from 1938 so I don't feel I'm any further ahead.

Oh, and in case you're wondering if I qualify for "Extreme Hoarding", I don't.  All my reading material is in neat little piles on the book shelves and there are no piles of empty cans etc. to be found.