The Learning Channel Ain't What It Used to Be


THE LEARNING CHANEL (from Wikipedia):

The channel was founded in 1972 by the Department of Health, Education and Welfare and NASA as an informative/instructional network focused on providing real education through the medium of TV; it was distributed at no cost by NASA satellite. It was privatized in 1980 and was then named the Appalachian Community Service Network.In November 1980 this name was changed to "The Learning Channel", which was subsequently shortened to "TLC". 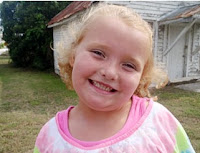 Today I was introduced to the Honey Boo Boo show from TLC.   I won't tell you who put me onto this....OK......it was my sister....she knows what's going on in pop culture and I don't (pop culture, for the most part, apparently happens after Impressionism which is pretty well where I lose interest). 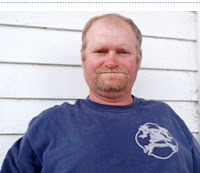 So.....I saw a clip from this show and I have no idea WTF is going on!  HELLO?  Has everyone gone totally mad?

ABOUT THE SHOW (from TLC) 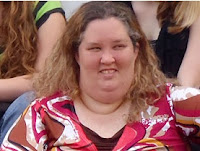 “HERE COMES HONEY BOO BOO has become a pop culture phenomenon,” said Amy Winter, general manager of TLC. “What you see is what you get and we are excited to share even more of Alana and her family's unbridled hilarity, sincerity and love with our viewers.”

Unbridled hilarity!  Boy! The General Manager of the station knows her stuff!

I'm laughing, but it's more of a hysterical giddiness.

Probably not so funny to the poor cameraman who was on the receiving end of her sneezing.  Please tell me these people aren't making more money than most doctors.

Ha ha ha.  The Learning Channel.  Guess that was a big flop.  Smart stuff!  Who needs it?