Last night we were watching a documentary on the Vatican, specifically the library. Of course it’s spectacular (or they wouldn’t bother making a doc on it). Anyway, there was a lot of talk about the frescoes and fabulous books from all ages and every corner of the planet; the richness of the décor and the complexity of the sculptures and monuments. I like books. I like sculptures and monuments. But I can’t get to the Vatican right now and apparently, it’s very difficult to get a library card. So today I visited the Vatican web site and they have a virtual tour of the Sistine Chapel. A V-I-R-T-U-A-L tour. The Vatican has gone from texts written on papyrus to virtual tours. The thing is, they still have the papyrus. A paper-free environment doesn't seem beneficial for a library. Not my business. 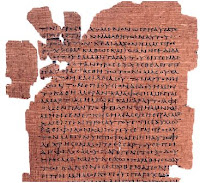 This put me in the mood to travel so -

I “moused it” over to London to take a tour of Buckingham Palace. I visited the Blue Drawing Room. The virtual tour had my stomach flip flopping with motion sickness. Just as well I’m sitting at my computer and not on Her Majesty’s royal carpet.


Then I thought, why am I in England? Chances are good I’ll be going back London one of these days and I can look at everything right side up.


So, two minutes later, I was in Machu Picchu. Likelihood of me going there is pretty slim (never actually, unless they open a Ritz) so this one was kind of fun. It certainly is beautiful to visit if you like mountains and clouds and such.

Feeling adventurous, I zipped over to Nepal. I suppose you’ve guessed by now that I’m not going there either. It’s not that these places aren’t wonderful to see, but I’m running out of time. Once you’ve hit the big 5-0, mountain climbing and strange food starts to lose their allure. Maybe even at 40……..or 30. No, I guess I was never ready for Nepal. 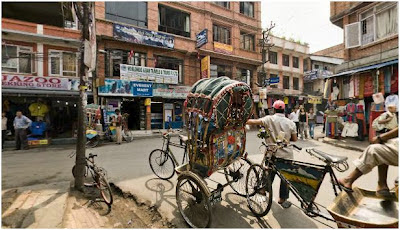 Virtual Nepal
Thing is, you can pretty much see everything there is to see without leaving your computer. Imagine the people that took the “Grand Tour” in the 18th and 19th centuries coming home to “oh sure – I saw that this morning”. Sort of takes the glamour out of the travel adventure.


Having said all that, I’m still heading for New York this month. Web cams, virtual tours or not, I want to be a part of it……well, you know the rest.