The main reason for going to New York, as if we actually needed a reason, was to see 'The Steins Collect, Matisse, Picasso and the Parisian Avant-Garde',  now on exhibition at the Metropolitan.  So, straight off the plane, we hailed a cab and headed for the museum.  If there is one thing that doesn't agree with me, it's New York cabs.  I don't know.....I'm a cab girl at heart, but I just can't seem to keep motion sickness from grabbing me by the throat whenever I'm in a Yellow.  All this to say we had to get out several blocks from our destination and it worked out well.  Got to see Central Park and it's just gorgeous this time of year.  Delicate flowers and the light green colour of spring.

We continued our walk admiring the "Museum Mile". 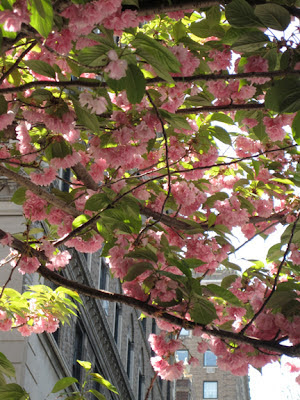 Past the Guggenheim, the Jewish Museum, Museum of the City of New York, (and it broke our hearts to pass all these without so much as a quick visit), we finally arrived at the Metropolitan. 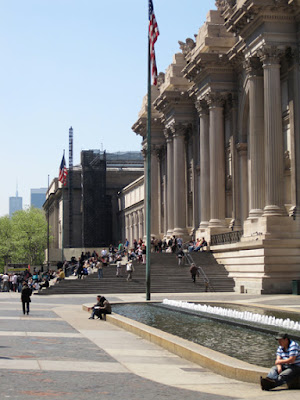 There were musicians playing in front, entertaining all the people sitting in the sun. 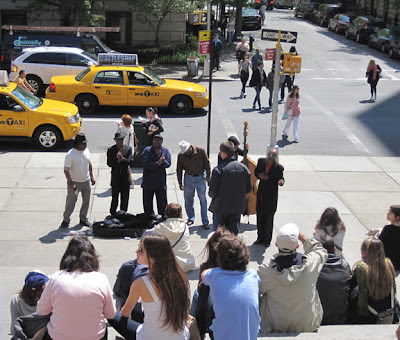 And what about the Stein Collection you ask?  It was FANTASTIC.  The Steins collected nothing but the best.  Picasso and Matisse were their favourites, but also Cezanne, Renoir and a slew of others.  It was almost too much.  We were overwhelmed by it all.  (I truly can't read Gertrude Stein except for her "commercial" books like the Autobiography of Alice B. Toklas.  But her Parisian circle of friends in the art world is the stuff dreams (and movies) are made of).


One of the things I enjoyed the most was a projection of the Steins' rue de Fleurus studio showing the room, to scale, and the art hanging on the walls during different periods.  (Us Stein fans appreciate that sort of thing).  Take a look for yourself at the Metropolitan's  Gallery Two

We also managed to take a peek at a few other gems, (i.e. Degas and Rembrandt), but my head was too full of Paris and the Lost Generation to truly appreciate anything else.