I was in Old Montreal this week just having a bit of a poke around when I came upon this sign: 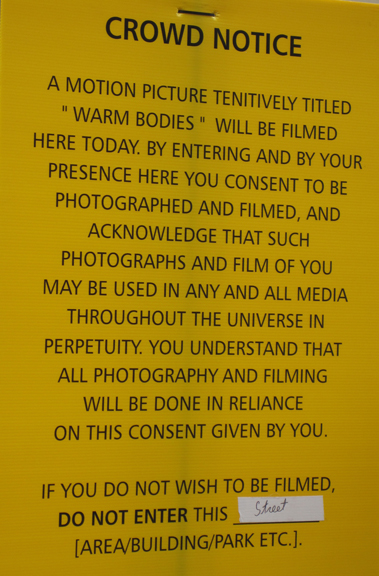 Interesting.  Shots of me could be used throughout the UNIVERSE and in PERPETUITY.  Wow.  That covers a lot of ground and a lot of time.  Naturally I was willing to waive my right to protest and marched up the street to see what was happening.   Who can resist "perpetuity" before it's time to be placed in a plot "in perpetuity" if you know what I mean.  Well not me. Anyway, I'd love to be in a movie. Preferably something like, oh I don't know, 'Casablanca' or 'Gone With The Wind'.

At first I wasn't sure what was real and what was a set, but figured it out when I was told "no photos". They sure are bossy these movie people. Phone booths knocked over, cars all smashed up.  I can just hear you "typical Quebec drivers". 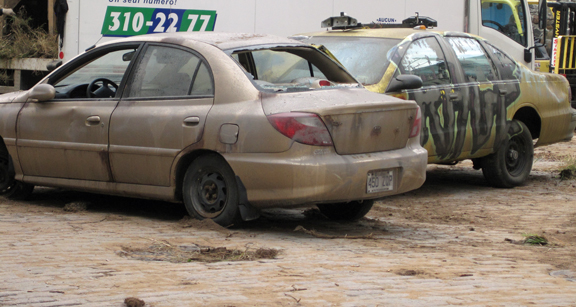 Cool!
Now the car scenes were ok, but we haven't had tanks in
Old Montreal for months so I had no problem figuring out this was a set. 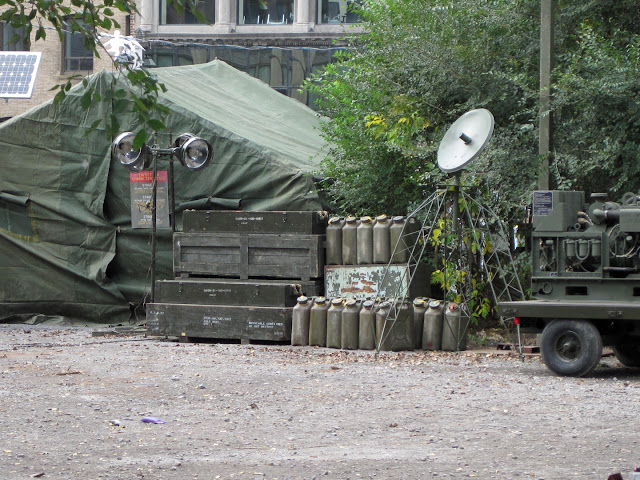 I didn't see any actors that I recognized but that's just me.  Maybe they were there.  From what I read, Warm Bodies is directed by Jonathan Levine and stars Nicholas Hault, Teresa Palmer,Rob Corddry and John Malkovitch.  The story is based on the novel by Isaac Marion.

The film "Warm Bodies" is about zombies and even without makeup on, I don't hold much hope that I was in any scenes.  But....I'll check it out anyway.