A few years ago Joe and I decided to try Le Procope, at 13 rue de l'Ancienne Comédie, in the 6th. I had read about this restaurant beforehand and found the history fascinating (I hate this overused word but it applies).  If I was forced to eat gourmet food and sit in a traditional/formal decor to experience the feeling of the past, so be it. 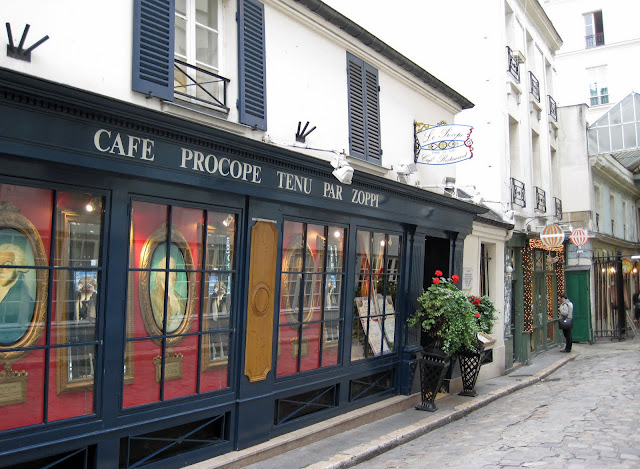 A few facts:
What more do you need? History and food!


Our meals were terrific. I can't remember what I had for the main course, and Joe couldn't even recognize his appetizer, but we enjoyed whatever it was we ordered. My favorite part was dessert. That I remember! Of course, that's the same with every meal I've ever eaten. Profiteroles au chocolat chaud are a weakness and Le Procope came through with flying colors. I also remember the man sitting next to us was having something very exotic looking after the meal - had something to do with coffee, or maybe a digestif, but it involved some sort of equipment we had never seen before (or since). Something fancy was going on and I didn't understand what it was! But there you go....that's a good enough reason to return!


By the way, for you bibliophiles out there, Le Procope has a small book on the history of the café which can be purchased at the restaurant. Yes, I now own a copy :) 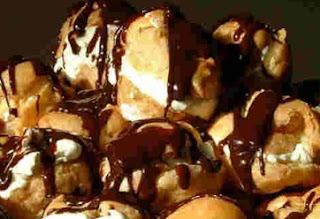 Profiteroles Recipe (No I haven't tried - are you kidding)?