The House That Renoir Built

I know things are getting back to normal because those old Paris blues are creeping up on me again. Not only Paris, but all of France. 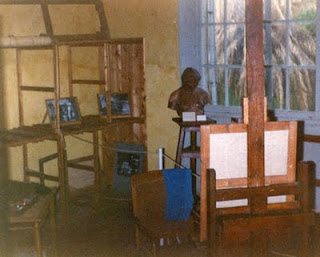 Thinking of Renoir
The Musée d'Orsay isn't the only place to get a "Renoir fix".  One of my favorite places in the south of France is the Musée Renoir, the house and studio where Renoir lived located in Cagnes-Sur-Mer. It’s a beautiful drive from Nice (about 10 miles) and is well worth visiting.

In 1908, Renoir had this house, Des Collettes, built to his specifications, and he remained there until his death in 1919. He and Madame Renoir made a haven for their family in this beautiful home surrounded by magnificent gardens and twisting olive trees (those gorgeous olive trees)!

Now a museum, the house holds much of Renoir’s original furniture,  as well as some paintings and drawings. Most touching is his wheelchair which still sits in front of his easel. 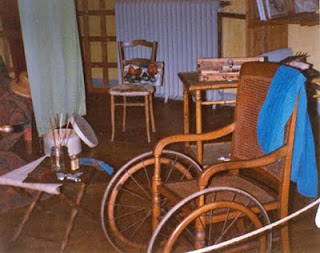 I've visited this museum twice and both times, left feeling I knew Renoir just a little bit better. It's not really an art museum. It's a home, studio, and portrait of a way of life.

Not only do I love Renoir's paintings, but I think I would have liked him as a person. There are so many books written by contemporaries and family that it’s not difficult to feel you know him. He was a good friend, close to his family, and had a sense of humor.

This studio/museum is a must if you're interested in the Impressionists and their era. And truly, driving around the Riviera isn't too hard to take!