The Queen and I

Christmas morning will be here soon and time for another speech from the throne. No no no…..I’m talking about the Queen’s Annual Christmas Message to us commoners. The tradition began in 1932 when King George V did his broadcast over the radio which I guess was pretty exciting at the time.

﻿As always, the broadcast begins at 3:00 PM in the UK which is all well and good for the Brits. After several hours of Christmas festivities, they’re ready for a little break to hear what the Queen has to say. The Queen doesn’t seem to care if her speech is inconvenient for those of us living in another time zone. 9:00 AM is no good! We’re opening our presents, eating our breakfast, having fun. We’re not ready for TV yet!

Note to Charles and William: For future reference, look into this. Check your broadcasting time for maximum audience potential. 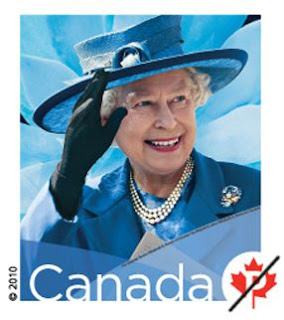 We are a Commonwealth Nation although we don’t think of the Queen very often in Québec. There are daily reminders with her portrait being on our currency and stamps, and once in a while there is a royal visit which entails a lot of hooplah.  Naturally, like the rest of the world, we all get pumped about a royal wedding.

I hope the Queen doesn’t go on and on about another Annus horribilis. A lot of us have had a bloody Annus horribilis and I don’t want to think about it any more. (At least her castles have bricks if you know what I mean).

Preparations are underway for the Queen's Diamond Jubilee in June 2012.  With that and the wedding of William and Kate Middleton planned for April, I hope the Queen can look forward to a Annus Fantasticus!

There's still time to read A Christmas Carol before the season is done!  Tiny Tim......God Bless us everyone.........Dickens knew how to keep Christmas!