Chateaux of the Loire, A Glimpse Into History 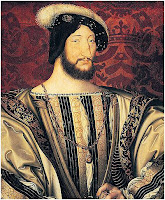 ﻿﻿﻿Once upon a time, in a land far away (too far away for my liking), the kings of France decided to build the most spectacular castles you could ever imagine. (Well, mostly Francis I who never seemed to run out of  ideas or building materials).  Among the many chateaux of the Loire are Ambroise, Blois, Azay-le-Rideau, Chenonceau on the river Cher and the pièce de résistance, Chambord.

Construction of Chambord began in 1519 and employed 1,800 workers. There are 440 rooms and 365 fireplaces (this bit of trivia always stayed with me). The grounds are immense, the architecture breathtaking, the double staircase designed by da Vinci amazing, and the views spectacular. (I’m running out of adjectives here).  ﻿Chambord is perhaps the largest and most elaborate, but the other castles are just as magnificent.

﻿ Chenonceau (built in1515) has a charm that makes it very special.  It was given by Henry II to his mistress Diane de Poitiers.  After his death, his widow, Catherine de Medici, forced Diane to move to the Chateau Chaumont.  (More than fair I say)!  Catherine de Medici then began extensive work on the chateau and the gardens.  (Of all we visited, I think this was my favorite).
﻿
﻿
﻿ ﻿
﻿﻿Chateau ﻿Amboise has a fascinating history with  the Clos Lucé connected by an underground passage.  In 1516 Francis I invited da Vinci to live at the Clos Lucé and da Vinci remained there until his death.

There are many others to visit, some privately owned but offering tours (and in some cases, acccomodation):

The history of this area takes volumes.  Many books have been written on the Chateaux of the Loire, several beautifully illustrated.  Michelin has a guide to the Chateaux and if you're going without a tour, I highly recommend this book.

Visiting the Loire Valley makes history come alive and even if you have no interest in gardening, architecture, art, literature, science or French history, you’ll still like the Loire Valley.
Chateaux Of The Loire - Directory