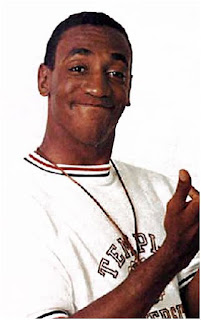 I'm getting pretty fed up with the premature death notices that are floating around on Twitter lately. The latest was Bill Cosby. Dead? Apparently not. Cosby emphatically denies it.

Same goes for Gordon Lightfoot and several other celebrities who went through the same thing.

Seems to me that people are really keen to pass on bad news and rumors and it's a race to get them out there. Hold on! There are some things that shouldn't be rushed and death is definitely at the top of the list.
It's really not major news when someone dies. It will happen to everyone - even us commoners. Real news would be someone coming back to life. That would be worth a few good tweets.


TWEET…Albert Einstein came back to life this morning...TWEET...his commencing to breathe was a shock to everyone...TWEET...Einstein has confirmed his intention to remain alive...TWEET...rethinking the theory of relativity...TWEET... the speed of light in a vacuum may not be the same for all observers…..TWEET……TWEET...TWEET

Then, of course, we’d all lose interest because we don’t understand what he’s talking about anyway!


So listen up all you wannabe Death Eaters. Life is interesting enough so let's ease up on the false obits.